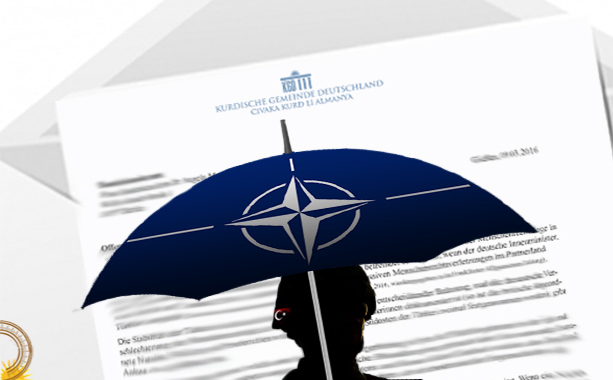 since the January 20 th 2018 the NATO member Turkey is engaging in a deliberately public war against Afrin in northern Syria. Turkey is unable to, as repeatedly stated, refer to the right of self-defence according to article 51 of the United Nations Charter, as no armed attack in that sense occurred. Afrin did not pose an actual threat for Turkey.

Prior to the invasion, Turkey did not get authorization from the United Nations Security Council nor the Syrian government. Therefore, this invasion is a war of aggression and constitutes as an illegitimate hostile act, those responsible for this should be internationally condemned.

As a result of this Turkish invasion hundreds of civilians were already killed. Tens of thousands of people are fleeing. A region that took in hundred thousand war refugees over the past years, is currently facing violence and is subjected to expulsion itself. Residential areas and civilian institutions as well as vital infrastructure fall victim to artillery attacks and air strikes.

Verified video recordings from this region that reach us raise concerns that war crimes were carried out, such as the desecration of corpses as well as the torture and abuse of captured combatants and the intentional killings of civilians. The Turkish army is supported by fighters with jihadist background who, as we know, pose a special threat to the various ethnic and religious groups in Afrin.

With every day this war is going on, the NATO is suffering moral damage. We, the Kurdish Community Germany, therefore petition the NATO to condemn the Turkish attack on Afrin.

All war crimes that occurred in the course of this attack are in need of urgent investigation and clarification. The credibility of the defence alliance depends on this. Over and above, the NATO has to do everything in their power to make this war of aggression against Afrin cease. All sides have to be requested to commit to a peaceful solution for Afrin.